Harsiddhi Temple is one of the most auspicious religious places in Ujjain. In Hinduism, it’s one of the Shakti Peethas, and therefore, the place of utmost importance. As per Shiva Purana, and various Hindu sculptures, the elbow of Mata shakti fall here. There are uncountable amazing facts associated with this holy temple, and therefore, it’s the must-visit temple.

Let’s see some of the amazing facts about the Harsiddhi Mata Temple.

1. As per belief, the famous king Vikramaditya got the never-ending fame, happiness, satisfaction, long life, and royal facilities only due to the blessing of Mata Harsiddhi. He was such a great devotee of Mata that he used to offer his cut head to Mata at an interval of every 12 years. Every time, he used to do this, his head automatically got attached back to his body part, and the King got a life again every time. Such is the Miracle of Mata. King Vikramaditya did it 12 times. For the 11 times, he got his life back, but for the 12th time, Mata granted him the “Moksha”.

2. As per belief, the original Temple of Harsiddhi Mata was in Dwarka of Gujrat. Being happy with the deep devotion of king Vikramaditya, Mata arrived here in Ujjain. 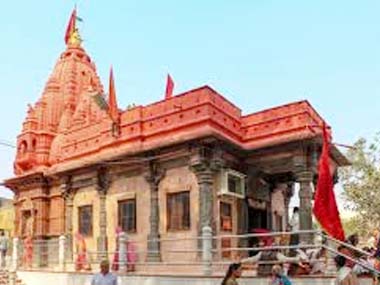