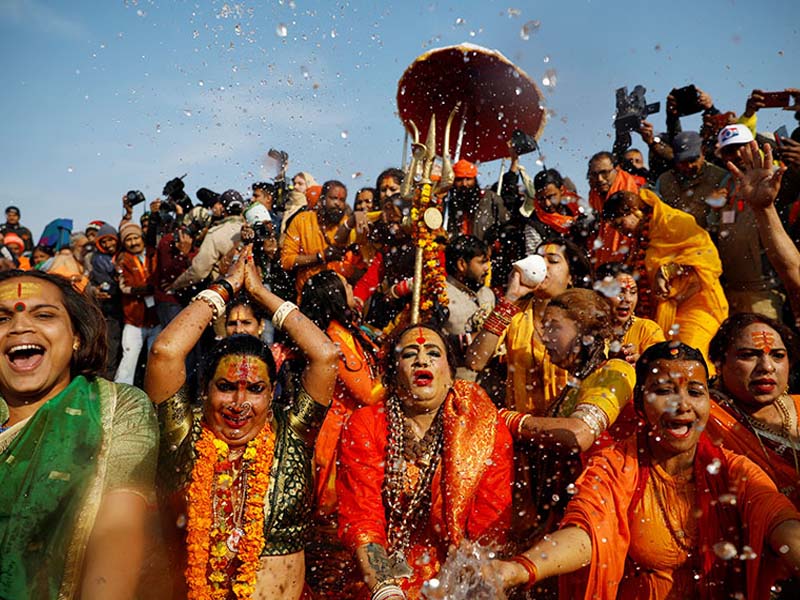 Kumbh Mela, also known as Kumbha Mela, is a large Hindu festival in which Hindus gather in a sacred holy river to bathe in. Kumbh Mela represents the world's largest religious event. This one-of-a-kind festival is recognised by UNESCO, and is also part of its list of Intangible Humanity Cultural Heritage. The festival organizes on the banks of a river: In Haridwar on the bank of The Ganges; In Allahabad at the confluence of the Ganges and the Yamuna, and the unseen Sarasvati; In Nashik at Godavari; and the Ujjain at Shipra. The Kumbh Mela is conducted at any given place once in twelve years. So we have the list of the top ten impressive facts from the “Hindus' huge festival, The KUMBH MELA.

10. Participation in the Mela 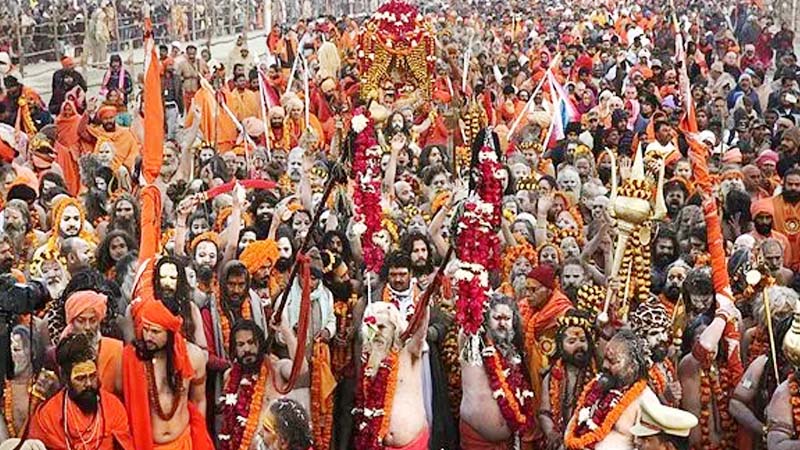 9. Finding of the Mela 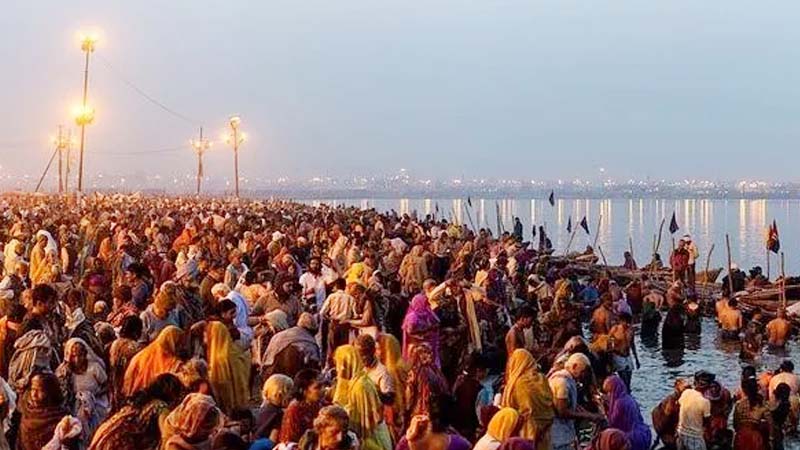 The mela's first discovery is more than 2000 years old. The first written proof of the mela can be found in the stories of the Chinese visitor Xuanzang, who visited India during the reign of King Harshavardhan. The first known Kumbh Mela account was reported in the 629 BC -645 BC period. 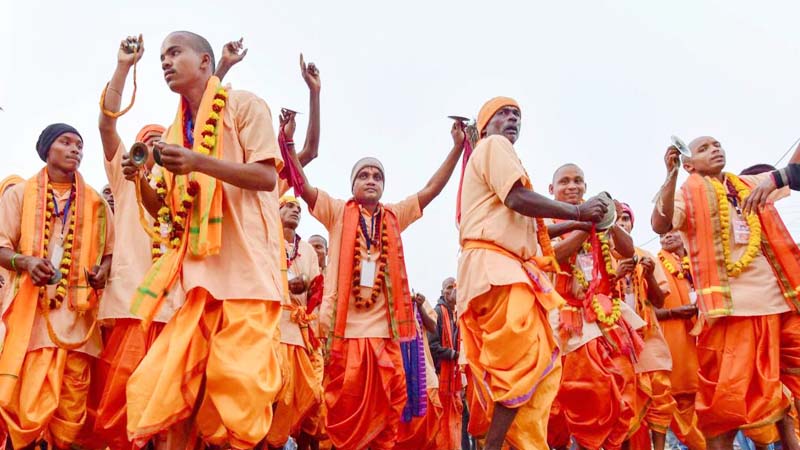 The mela 'Kumbh' meaning actually means nectar. The origins of Kumbh Mela date back to the time when Gods (Devtas) and Demons (Asura) lived on earth. A curse had affected the devtas, which ultimately created fear and weakened them. Brahma (the creator) instructed them to churn the milky ocean to get the elixir of immortality and at the time of kumb mela, this very churning happens among the Hindu devotees until that day. The narrative, the myth, is complex, multilayered, and full of symbolism. There is, however, one word in the midst of the rich clutter that the Kumbh saga is, that firmly dictates the narrative: immortality. The entire festival revolves around the fear of death and the urge of man to taste the nectar of deathlessness.

7. The Development Of The Mela 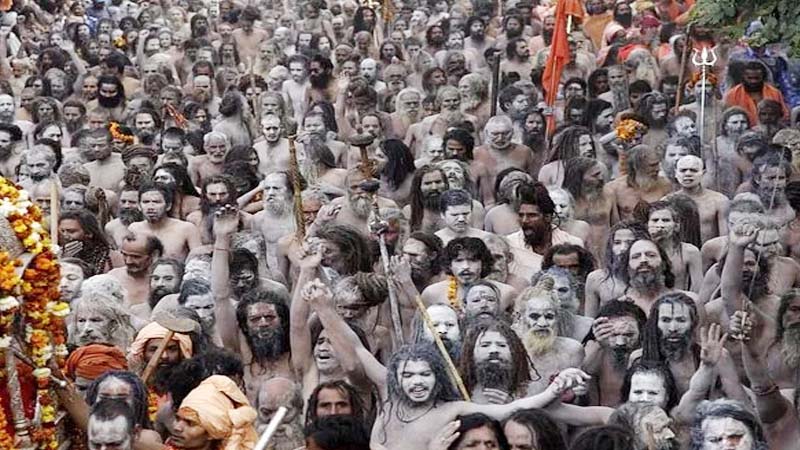 In 1892, an epidemic of cholera occurred in the Mela at Haridwar, which led to Haridwar Improvement Society being established to take care of the Mela's rapid development preparations. In 1903, about 400,000 people attended the Mela because of the Mela's Development. A stampede at Allahabad during Kumbh Mela in 1954 resulted in a death toll of around 500 people and many of injuries. 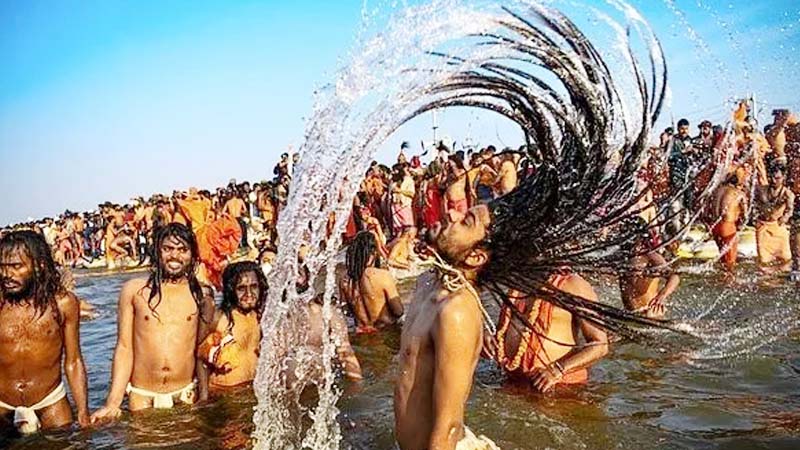 It is believed that if devotee take a bath in the water of holy rivers during the Kumbh Mela, the gods will bless them forever. It will wash away all their sins and they will approach salvation one step closer. 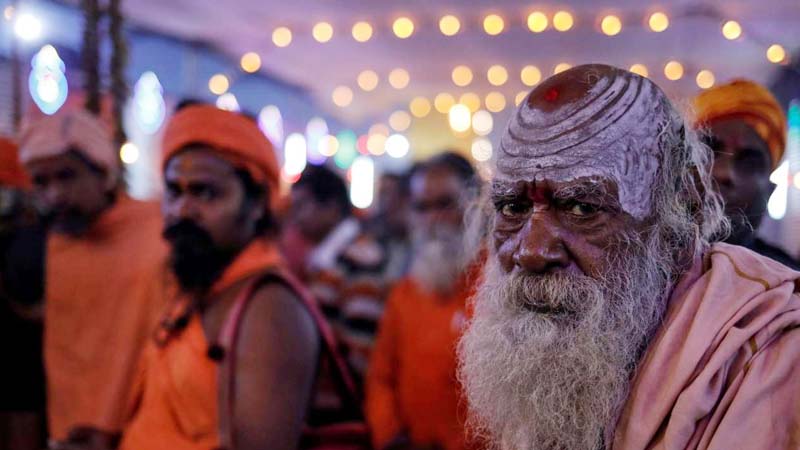 The Mela's attendants also include several saintly men from various Hindu religions. The Nagas wear no clothes. The Kalpawasis take three bathes a day. The Urdhawavahurs imposed severe austerities on the body. All these holy men do religious rituals associated with their respective communities. 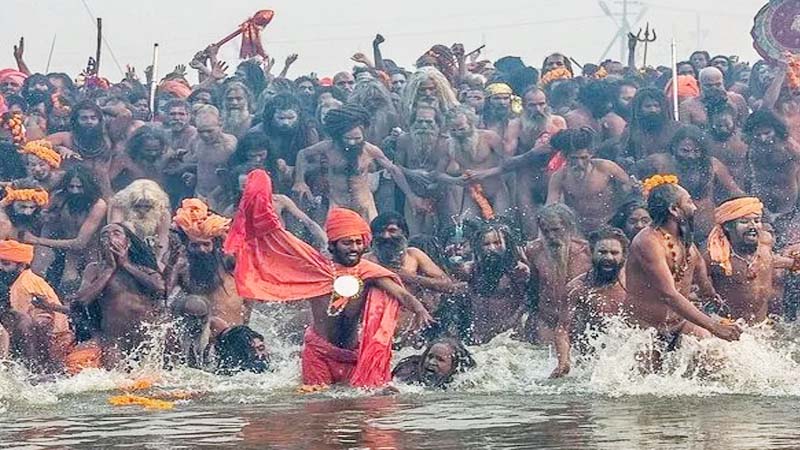 The Mela created around 250,000 jobs in 2019, and was estimated to earn around Rs 1.2 Lakh crores. Mela also draws a lot of tourists from all over the world. Officials set up multiple temporary hospitals for the 2019 Mela. 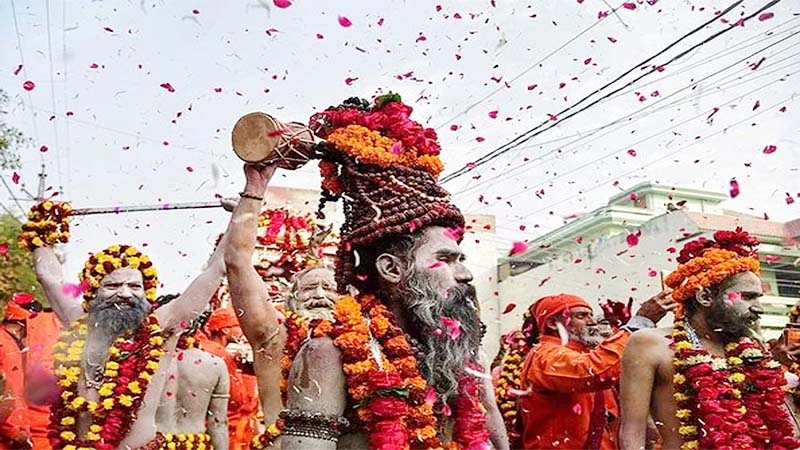 The Kumbh Mela is held on the dates when those sacred rivers' waters are said to be turning into nectar. The Mela's exact dates are determined according to a combination of Jupiter, Sun, and Moon zodiac positions. The different combinations of the Four are: the Nashik Mela is Jupiter and Sun both in Leo. The Haridwar Mela is sun in Aries. The Prayag Mela is Jupiter in Taurus, and the Capricorn Sky. Jupiter and Sun are the Ujjain Mela, both in Scorpio. 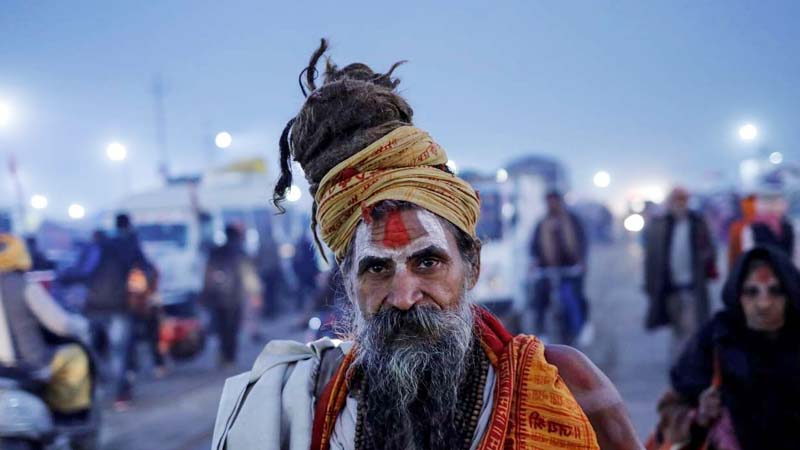 An estimated 150 million persons participated in the Mela in 2019. The Mela is so big you can see the Mela from space, literally. The Mela's epicentre known in Prayag as Kumbh Nagri is spread across an area of 58.03 sq. Kilometre. At a height of 817 km from Earth, the ISRO satellite clicked images of the Mela which clearly shows the festival's roads and camps, and even the gatherings of people.

1. Facts Of Number in Kumbh Mela 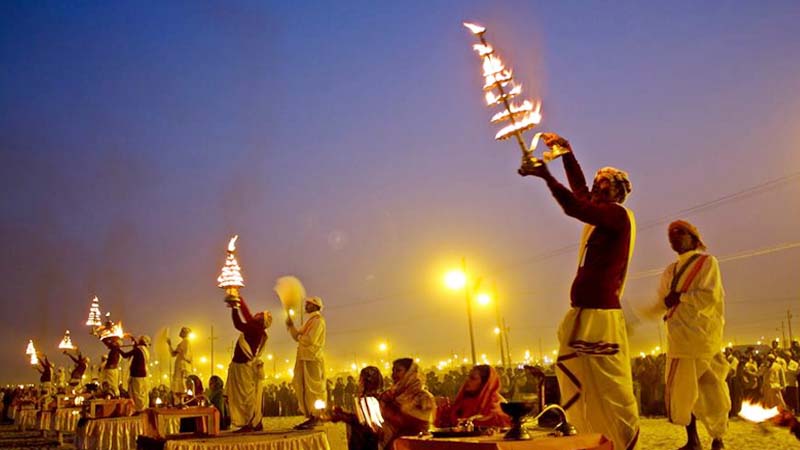 Special trains operate during the Kumbh Mela 750 to meet the pilgrims at Mela site. There is also a temporary road, or 56.20 kilometres. Approximately 25,800 metric tonnes of food grain are distributed among pilgrims. For a total of 162,000 vehicles, 36 parking slots are made across the city of Allahabad to accommodate incoming vehicles at the Mela.

My experience with the Global Connect Hospitality is very good. We have booked the Super Deluxe Tents with them. All the arrangements was perfectly done. Staff at the camp were very carrying. Amenities inside the camp was provided as promised.Great job people!
Devesh Sharma
I had enjoyed my journey to Kumbh Mela at Allahabad with Global Connect Hospitality. Their arrangements at Camp was really appreciated. The food was very tasty and accommodation was also very good. Good Job Team.
Ajay Jindal
It was my first trip to Kumbh Mela but I felt I had arrived earlier as well. Global Connect Hospitality Staff were welcomed me at the Railway Station and transferred me to Camp. I was treated like a special guest. All they made my tour was unforgettable. Great services!
Anil Agarwal
Superb arrangements were made to stay in comfortable manner for the Kumbh Mela. This time more than 24 crore people visited. It didn't look as if it was temporarily made on the river front which becomes dry during this time of the year.
Shobhna Vora
Fantastic arrangements made by Rajesh and team. Excellent service by Global Kumbh village. Can't wait for the next kumbh. Special mention about Ajay for the motivation to walk. Also the Bhandaris took special care of me with regular checks …!
Balaji Ranganatha
Har Har Mahadev. I am writing this review sitting outside the tent at Global Kumbh Village. The tent is clean. The quaint washroom facilities are 👌 there is a lady appointed to clean the room and washroom twice a day. Basic food is available and it is tasty too at the make shift restaurant inside the tent area. They operate under the bharat seva shivir name.the ghat is far away and we paid 100Rs for the ride to the ghat. Anyway people are here for the kumbh.the kumbh is a magical experience. Its amazing to see the seamless way things move here . Yesterday we had our dip at the triveni sangham and offered prayers to our ancestors. Signing off for now. Now going for a ride in the Ganges. Will catch up with all of you later. Jai Ganga Maiya
Prabha Sreenivasan
Travel Advisory